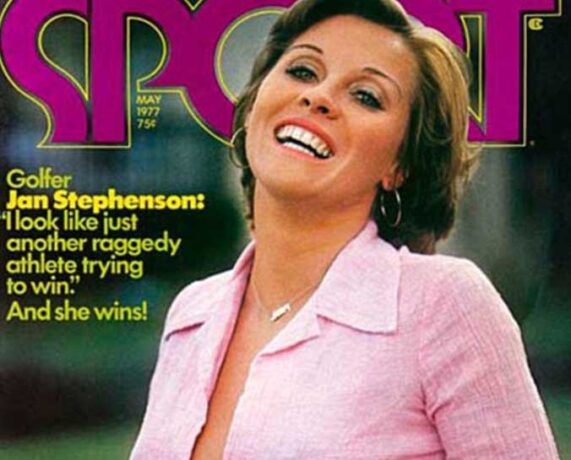 When Jan Stephenson left her world Down Under in 1974 at the age of 22, she not only quickly rose to the upper echelon of the LPGA with her excellent golf game but also quickly turned the LPGA marketing world upside down with her good looks and winsome ways.

In her brilliant career which started with the Rookie of the Year award, Stephenson earned 16 LPGA victories, including three majors, accompanied by 15 European/Australian/international victories. In addition she won the 1983 JC Penney Mixed Team Classic with Fred Couples and three events on The Legends Tour, the LPGA’s counterpart of the Champions Tour.

Stephenson was honored among GOLF Magazine’s 100 Heroes during the 1988 Centennial of Golf in America celebration; at the LPGA’s 50th Anniversary in 2000, she was recognized as one of the LPGA’s top-50 players and teachers. In retirement, she became the first woman pro to design golf courses, embracing “green” technology in her architecture. She currently represents Razor Golf equipment and the Jan Stephenson Signature Series, has developed her own line of jewelry and clothing, and is now a player in the wine industry. She even participated in Australia’s “Dancing with the Stars” in 2011. More