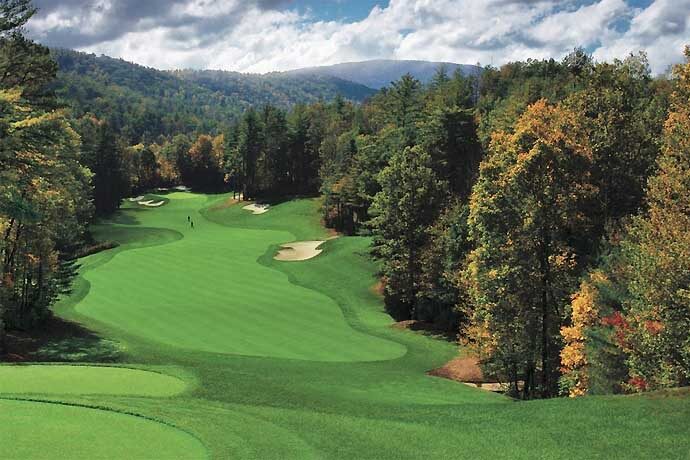 By Lee and Reid Spencer

When a golf course architect chooses to live and work in close proximity to one of his creations, that alone should tell you the course is particularly special.

That’s certainly true of the Champion Hills Club, whose centerpiece is a magnificent golf course sculpted from rough terrain by a modern-day Michelangelo of course design, Tom Fazio.

Champion Hills opened in 1991, and for years it was Fazio’s home club. No small part of his fondness for the course derives from overcoming the challenge in building it.

“Most people look at a golf hole as it plays, from tee to green,” Fazio said. “To understand what we did here, and at other sites where the terrain is severe, it’s more instructive to look at the hole sideways.

“To level the playing field, so to speak, we pulled the ridges into the valleys and filled the hollows, creating playing platforms. This is an example of the method used to convert the vertical challenge of the site into a playable golfing ground, a method we repeated on virtually every hole on the course.”

As Fazio notes, that methodology creates a feeling that the golfer is playing downhill on most of the holes, and in fact, only six shots play uphill throughout the course of a round.

The high point of the tract of land chosen for the course features an impressive clubhouse with high beamed ceilings that offer a sense of openness that is accentuated by breathtaking views of the Blue Ridge Mountains.

The net elevation change from the highest point to the lowest point on the golf course proper is roughly 200 feet, and Fazio uses the changes in terrain to create drama and challenge. The ninth hole, for example, plays more than 100 feet downhill from the clubhouse, the second of two “drop-shot” par-3s on the front nine. More