The PGA of America 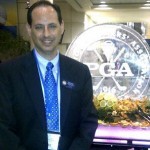 Michael R. Abramowitz is the Public Relations Manager for PGA Membership for the PGA of America in Palm Beach Gardens, Fla.  He is responsible for promoting stories on the PGA’s 28,000 men and women members to the worldwide media, while serving the members and growing the game of golf.

Michael is responsible for writing corporate communications for the PGA’s Board of Directors and Executive Staff. His work includes speeches, press conferences, media interviews and events. He also writes monthly stories on the golf industry for PGA Magazine. Several advertisements he has written, managed and produced have appeared on outlets that include CBS Sports, ESPN Radio, Sports Illustrated, Fortune, GOLF and Google Adwords. He was promoted from Senior Editor in March 2015.

Michael spent five years at CNN Headline News as an editor, where he created both “Play of the Day” and “Sports Trivia” for Headline News and CNN Airport Network; served as coordinating producer of the organization’s 1994 Winter Olympics coverage; and worked as a video editor of the O.J. Simpson Trial.

In 1996, Michael served as swimming venue press chief for the Paralympic Games, handling the worldwide media’s coverage of the event, while managing a staff of 20.

A 1990 Honors graduate of the University of Georgia’s Henry W. Grady College of Journalism, Michael is currently a member of the Golf Writers Association of America, Golf Travel Writers of America, National Football Foundation/College Football Hall of Fame voter, University of Georgia Redcoat Alumni Band and a member of the Board of Directors for Kayla Cares 4 Kids, a national children’s charity.