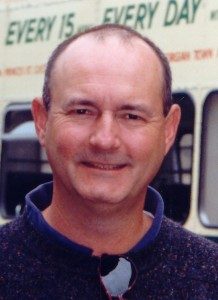 Dan Vukelich is a freelance journalist who writes about travel, with a specialty in golf travel. He edits New Mexico Golf News, a site for New Mexico Golfers.

Dan spent his career as a reporter and editor for The Albuquerque Tribune, The Washington Times, City News Bureau of Chicago, Santa Fe New Mexican, Daily Southtown (Chicago) Economist and several other newspapers.

He is the former editor of Sun Country Golf, a now-closed regional golf magazine for New Mexico. He also produced “New Mexico Golf Tour,” a travelogue broadcast in 19 PBS TV markets in the early 2000s.

Dan is a member of the Golf Writers Association of America, the Society of Professional Journalists, and he has served on the boards of several New Mexico journalism organizations.

In early 2014, Dan briefly left golf-travel writing to form a new alternative weekly newspaper in Albuquerque, ABQ Free Press,  where he served as editor-in-chief until the newspaper ceased publication in March 2017.

Links to some of Dan’s golf-travel articles:

Where to Golf Next: Greater Zion’s Other Worldly Vibe

Where to Golf Next: Kohler, Wisconsin, Much More than Golf

Where to Golf Next: Golf in Panama, the One with the Canal

Where to Golf Next: Paa-Ko Ridge

Find out more or adjust your settings.