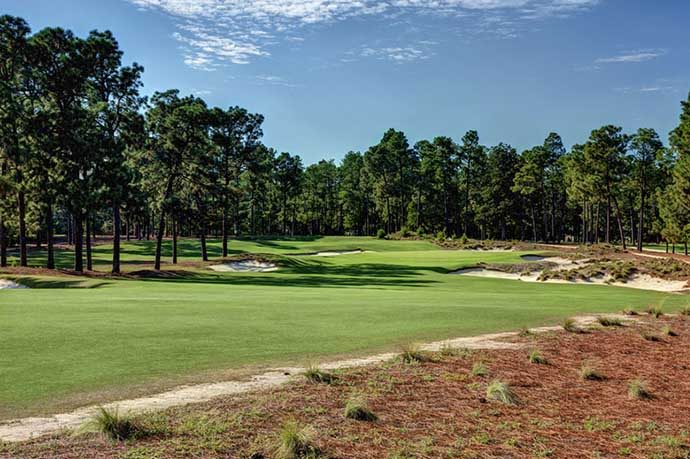 Players who competed in either of the two previous U.S. Opens at Pinehurst, in 1999 and 2005, will will barely recognize Pinehurst No. 2 this year.

The heavy rough to the right of the 18th fairway—the thick Bermuda grass that gobbled up the late Payne Stewart’s ball in the final round and forced the eventual 1999 champion to lay up short of the cross bunkers—is gone.

In fact, all the rough on the Donald Ross masterpiece is gone, 35 acres’ worth. In 2011, architects Ben Crenshaw and Bill Coore began a remarkable renovation that restored Ross’ original design characteristics to a course that, as Coore expressed to reporters on USGA media day Apr. 21 at Pinehurst, had lost some of its unique identity.

And Coore knows that the changes won’t be without controversy, especially among those who consider the green fairways and immaculately manicured contours of Augusta National Golf Club the appropriate benchmarks for a major championship. More