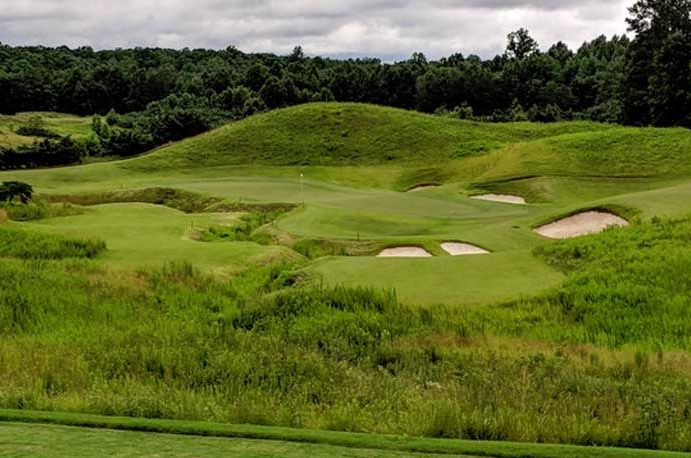 Plenty of Golf to Be Found in Williamsburg, Va.

Like so many other communities, Williamsburg, Va., was hit hard by the recession a few years back and that negatively impacted its golf business. But Williamsburg now is in revival mode.

For instance, Royal New Kent was a smash hit when it opened. Golf Digest named this Mike Strantz design its Best New Course of 1997 and it was also on the magazine’s America’s Top 100 list. As prestigious as that is, the course had to be closed for eight months after a series of ownership changes. Its Grand Re-opening was on May 6 after a $2 million rehab.

Then there was The Club at Viniterra, a Rees Jones design with a staggering 9½ miles of cart paths. Jones has long been one of the world’s most respected course architects, but this creation – built as the centerpiece of a gated community – stayed alive in part by providing more affordable greens fees. That was a necessity because Viniterra had no clubhouse for 11 years. It opened its new one on June 12 after a two-year construction process.

And then there’s Williamsburg National, a 36-hole facility closest to all of the area’s colonial attractions. Its Jamestown course, a Jack Nicklaus design, was closed for about 14 months and the companion Yorktown course stayed open but was not in the best condition. As was the case at Royal New Kent, Williamsburg National underwent some ownership changes during the more difficult times but is back in full operation.