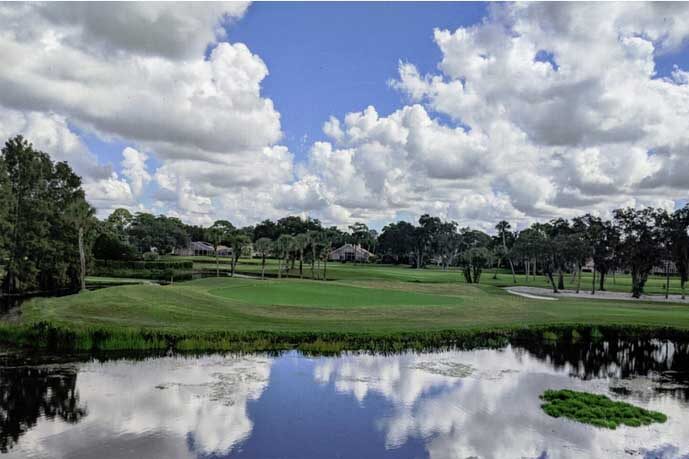 It’s getting exciting now.  We’ll soon have a new Palm Aire golf course – or at least a “re-imagined’’ one – to look at while we’re enjoying either our early morning coffee or late afternoon beverage of choice from the lanai of our new home.

The Champions Course at Palm Aire Country Club was in the early stages of a renovation when we moved in. We’ve closely  followed its transformation.  Illinois-based course architect Mike Benkusky, who has been coming to town on a weekly basis, is planning his next return for the Grand Opening.

While the official date for that hasn’t been set, it won’t be far off.  The club’s greens committee will address the matter at its November board meeting.

“They’re not rushing it – and that’s good,’’ said Benkusky, who did most all of his work in the Midwest after opening his office in Lake in the Hills 15 years ago.  The choice $2 million project was his first work in Florida. The course  opening was originally targeted for Nov. 1, then was pushed back to mid-November.

It’s been fascinating to see this project unfold, as we reside off the green at the 11th hole.  Watching the work begin in near darkness each morning has become part of our daily routine. No. 11 was a 538-yard hole from the back tees prior to Benkusky’s arrival and the scorecard from the tips was 7,005 yards.  Now the proposed yardage for No. 11 is 581 yards and the championship yardage is 7,207.

This Florida course had an Illinois flavor even before Benkusky’s hiring and our moving in. The original designer was Dick Wilson when the course opened in 1957 and Palm Aire’s other 18-holer, The Lakes, was designed by Joe Lee.

Wilson may be best known for his work at the more famous Florida courses Bay Hill and Doral’s Blue Monster and Lee was a prolific designer whose creations extended far beyond the  Sunshine State.  From a Chicago perspective, however, their most noteworthy project is one they did together in the 1960s – the Dubsdread Course at Cog Hill, a long-time PGA Tour site in Chicago’s south suburbs.

Palm Aire was called DeSoto Lakes when Wilson did his work, and the PGA Tour conducted the DeSoto Open there in 1960, Sam Snead winning the title. A year later another Hall of Famer, Louise Suggs, won Golden Circle of Golf Festival, an LPGA event, on the course. That was one of Suggs’ five wins that season.

A name change, from DeSoto Lakes to Palm Aire, was made in 1981 and Lee not only designed The Lakes course, which opened the following year, but he also made his first hole-in-one during that course’s opening day. More