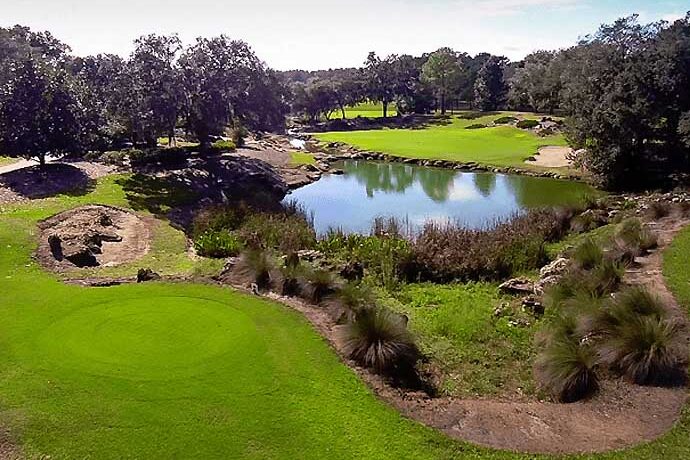 Go back three decades and World Woods was one of the biggest things in Florida golf. It had two Tom Fazio-designed courses – Pine Barrens and Rolling Oaks – that opened together on April 1, 1993, and its Japanese owner, Yukihisa Inoue, had plans for much more.

“The previous owner (Inoue is now in his 90) wanted it to be a destination golf resort that would bring in people from all over the world, especially Japan,’’ said Rick Kelso, now the resort’s director of golf. “He planned to build seven golf courses and a beautiful hotel and bring in the top Japanese players – but things changed.’’

Kelso was part of the excitement that World Woods generated then and he is looking for more of the same now that the Canada-based Cabot group completed a long purchasing negotiation for the facility.

Cabot has an owner with big dreams, too. Ben Cowan-Dewar is Cabot’s founder and chief executive officer. He took his first look at World Woods 20 years ago and considered buying it for the last ten. The purchase was completed last December 16 with no terms disclosed. Then conjecture about the exciting plans for World Woods’ future kicked in. That was inevitable, and spurred two Chicago golf addicts to make a visit there.

Chicago’s Mike Keiser, whose golfing vision spurred the creation of Oregon’s Bandon Dunes and Sand Valley in Wisconsin, will be involved. The question is to what extent.

Kelso can’t answer that but confirms that Keiser and Cowan-Dewar are “very good friends who talk all the time.’’ He suggests that Keiser is Cowan-Dewar’s “mentor’’ when it comes to golf projects. World Woods will be Cabot’s first venture in the United States and the first existing club that Cabot has acquired.