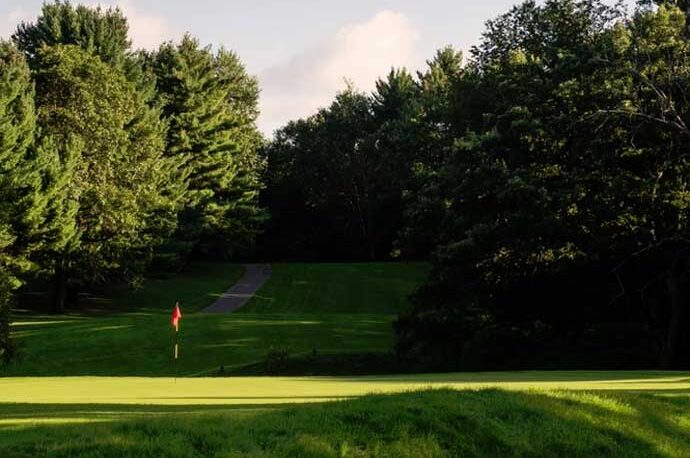 The Wisconsin Dells area never grew much in population. Its namesake city has never had more than 3,000 residents. Still, the Dells has been one of the Midwest’s most popular travel destinations since its founding in 1856.

Boats trips brought tourists to the Wisconsin Dells first because they liked the scenery. A wide variety of attractions followed, probably the best known being the Tommy Bartlett Thrill Show, which arrived in 1952 and just closed in 2020. Now the area justifiably bills itself as “The Waterpark Capital of the World” also has — among other things — a casino, fishing, wineries, go-kart tracks, zipline tours and horseback riding.

Wisconsin Dells Golf Goes Back to 1923

There’s a nationwide trend to make courses more accessible, more appealing and less time-consuming, and the Dells is up front in shifting the focus from “traditional’’ play into a new direction.

The first course in the Dells was a nine-holer, Cold Water Canyon, at the Chula Vista Resort. It opened in 1923 and was later expanded to 18 holes. Despite its longevity Cold Water Canyon has become up to date thanks to shifts in the game. Short courses are the new in thing.

J.C. Wilson, who designed the front nine at Cold Water Canyon, and Dan Fleck, who created the back, put together a course that measures 6,027 yards from the back tees. That would be an extremely short course by any standards today, but the layout has tight driving holes and tricky greens. It’s no pushover.

The newest course isn’t, either, but it much better reflects the sign of the times. Trappers Turn, which already had three nine-holers, just opened 12North – the latest in the national movement towards the unusual. It doesn’t have nine or 18 holes; it has 12, and by next year it won’t even have any tees.