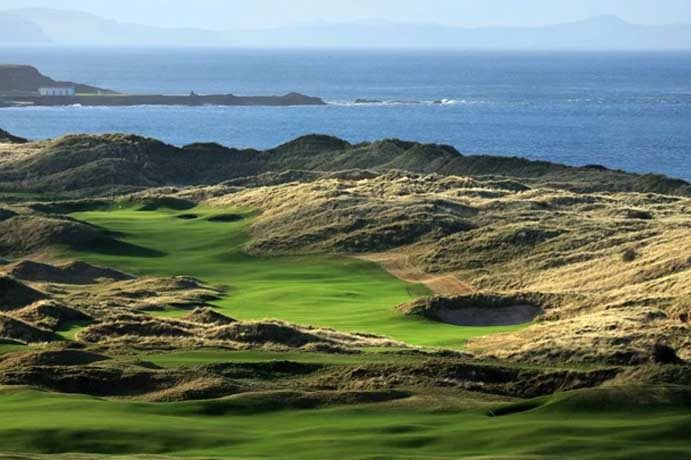 Eyes of the World Turn to Royal Portrush

Come the middle of July, the eyes of the world will be upon Royal Portrush.  As host of the 148th Open Championship over 200,000 fans will descend upon Northern Island as Tiger Woods and local hero, Rory McIlroy travel to Portrush in hopes of winning the Claret Jug and becoming the Champion Golfer of the Year.

Some might say, “What’s the big deal, it’s just another Open Championship, what’s so special about The Open being at Royal Portrush?”

Over the 147-year history of The Open Championship, it has only taken place outside of Scotland and England once.  It has been nearly 70 years since Northern Ireland and Royal Portrush hosted the 1951 Championship.

The 148th Open at Royal Portrush will be the biggest sporting event in the history of Northern Ireland.  Not only has Royal Portrush been waiting to host the open again but so has the entire country.  After all, Northern Ireland is made for golf!  The country has 95 courses spread across just more than 5000 square miles, highlighted by two of the best in the world (Royal County Down No. 1 & Royal Portrush No. 7).

So, now you might ask, “How did The Open end up back at Royal Portrush?”

The answer is simple, a major commitment!  The commitment was a trifecta: Royal Portrush, The Royal & Ancient Golf Club, and Northern Ireland all came together to make the return possible. More