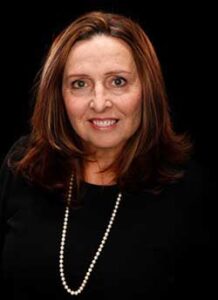 The first female beat writer at Sporting News Magazine, Spencer conducted the last in-depth print interview with NASCAR driver Dale Earnhardt before his death in the 2001 Daytona 500. Another career highlight was her aggressive questioning of Phil Mickelson after his meltdown on the 13th hole in the third round of the 2018 U.S. Open at Shinnecock Hills.

From 2007-2014, after a six-year stint with Sporting News, she served as auto racing beat writer for FOXSports.com.

An alumna of Southern Methodist University, Spencer enjoys a formidable presence on social media, with nearly 50,000 followers on Twitter. On that platform, she chronicles her sportswriting assignments, her travel experiences and her numerous rounds of golf. \

A self-confessed “foodie,” Spencer boasts a refined palate that favors exotic foods and quality wines.
A St. Louis native, Spencer was inducted into the Webster Groves High School Hall of Fame in 2019.

A sample of Lee’s work:

Olivas Links: Understated, Elegant and a Lot of Fun to Play