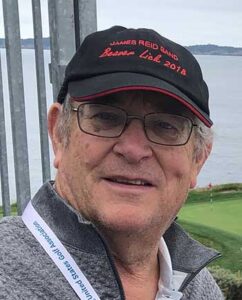 Reid Spencer is an award-winning golf and auto racing writer based in Davidson, N.C. His professional career includes stints as a sportswriter with the Charlotte (N.C.) Observer and Sporting News Magazine.

He is the author of the Sporting News book “50 Greatest Golfers: A Celebration of the All-Time Best.” Over the years, Spencer has written for a wide variety of major daily newspapers, The Associated Press, and such varied publications as TV Guide and PGATOUR.com.

An avid golfer, Spencer played on the varsity team at Yale University, where he earned a degree in drama. An accomplished songwriter and guitarist, he records and performs with the original James Reid Band and with the NASCAR-centric Pit Road Pickers.

A sample of Reid’s work:

Olivas Links: Understated, Elegant and a Lot of Fun to Play