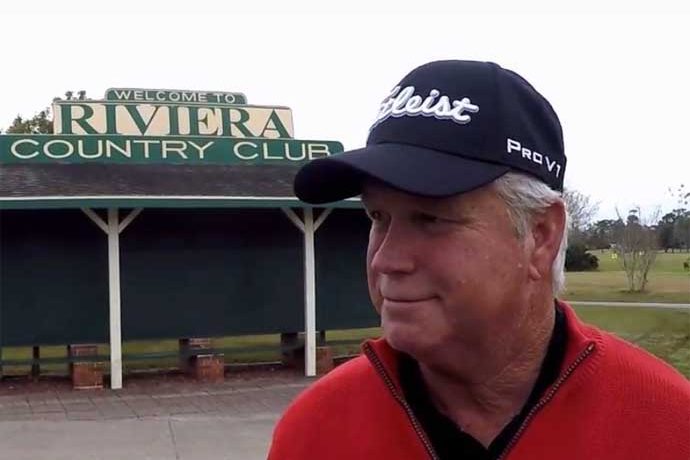 McNeilly conducted an in-depth television interview with PGA Professional Eric Meyers, CEO of Riviera Country Club, a nine-hole course bought by the Meyers family in 1953 and expanded to 18 holes in 1954 by Mark Mahana.

Over the years, golf architect Lloyd Clifton gave a facelift to several holes and was instrumental in the look of the course.

Riviera, nestled in the Holly Hill area between Daytona and Ormond Beach, is operated in the Meyers family’s tradition. There is no tee sheet, meaning both members and visiting racing fans put their names in, first-come-first-served, and hit balls or have breakfast or lunch until their turn to play. The course is surprisingly affordable with a peak season rate of $45. More