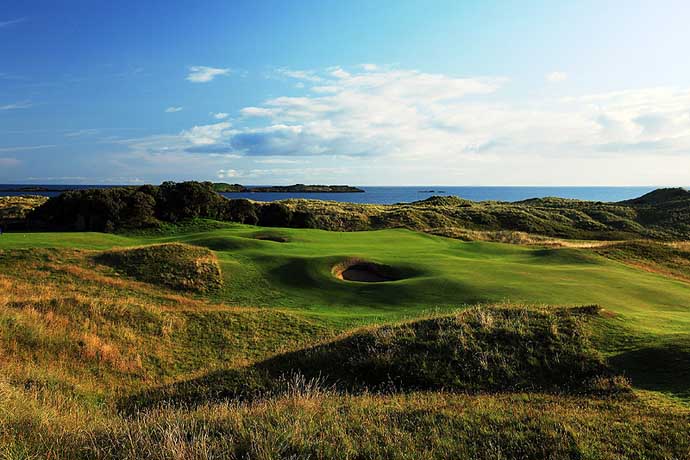 Golf is Only Part of the Beauty of this Dramatic Landscape

When it comes to golf, the Royal Portrush Golf Club offers a historically rich timeline to satisfy the intellect of the golf archivist. In 1888, the Country Club 9-hole course was built; by 1892 it was renamed the Royal Country Club as the Duke of York became its patron; Three years later, it was yet again renamed to its current Royal Portrush Golf Club as the Prince of Wales (later crowned King Edward VII) became its patron. More