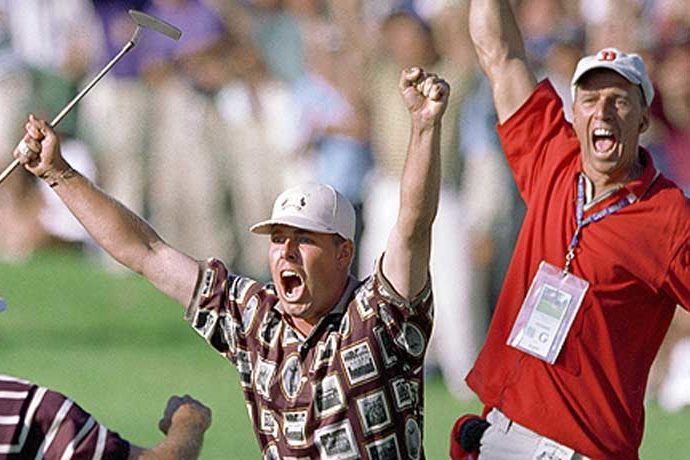 The Ryder Cup teeing off in Paris this weekend conjures up vivid memories of perhaps the greatest one of all – 1999 at The Country Club in Brookline, Mass.

Located right down the road, I had the good fortune to spend multiple days that week at the iconic layout where history was to be made.

My mind’s eye snapshots remain as bright today as they were then, beginning with an unforgettable start at our first pre-tournament practice round when we came across two young guns named Phil and Tiger whot had the world by the tail back then, as they still do today nearly 20 years later when they will be Ryder Cup teammates again this weekend across the pond. More