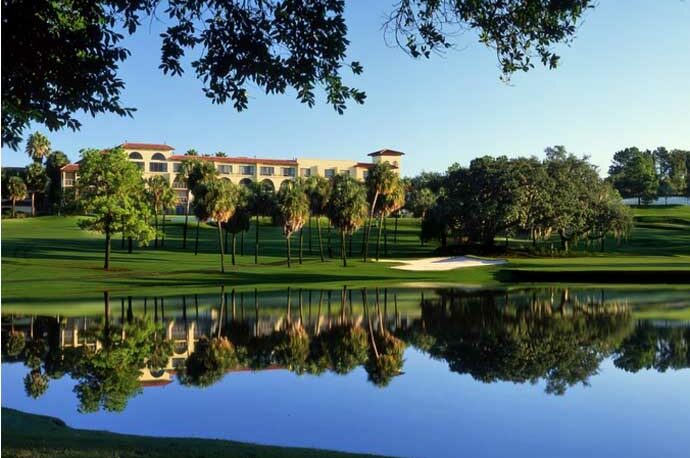 El Campeon, dating to World War I, Stands the Test of Time

Florida is loaded with golf courses – about 1,500 of them – and the state’s golf resorts include such famous multi-course meccas at PGA National, PGA Golf Club, Bay Hill, TPC Sawgrass, Innisbrook and Doral. In contrast, Mission Inn Resort & Club on the outskirts of Orlando has just two courses but, make no mistake, it is as special a place as any of the others.

Mission Inn is just a bit different. It has one of the Sunshine State’s oldest courses, now called El Campeon, that is rich in history. Its companion course, 27-year old Las Colinas Course, isn’t exactly new, but is a nice complement to El Campeon, which dates back to 1917.

As old as El Campeon is, the layout still holds up just fine in top-level amateur tournaments. That’s rarely the case for layouts of similar vintage, but El Campeon is the tougher of the two Mission Inn layouts. Both are well-conditioned and used regularly for the Florida high school championships. They’ve also hosted many, many college tournaments, U.S. Golf Association qualifiers and small professional events….

El Campeon’s history is extraordinary. George O’Neil, a Chicago teaching pro who dabbled in course design, created the course for William Howey – a citrus magnate who wanted something to entertain some of the visitors to his estate that was built just before World War I.

The 6,300-yard course was originally called Chain O’ Lakes and there was no grass on its greens from its opening in 1917 until 1938. The putting surfaces consisted of well-oiled sand and the rest of the course, without the benefit of irrigation systems, was unkempt. Visitors stayed at the Bougainvillea Hotel until it burned down in 1920.

A Scottish architect, Charles Clarke, refurbished the course while the Hotel Floridian was built to replace the lodging lost in the fire. The course continued as an attraction and its players included Ben Hogan, Patty Berg and Babe Zaharias before Nick Beucher bought the facility in 1964 and gradually transformed the place into a Spanish colonial- themed resort. More