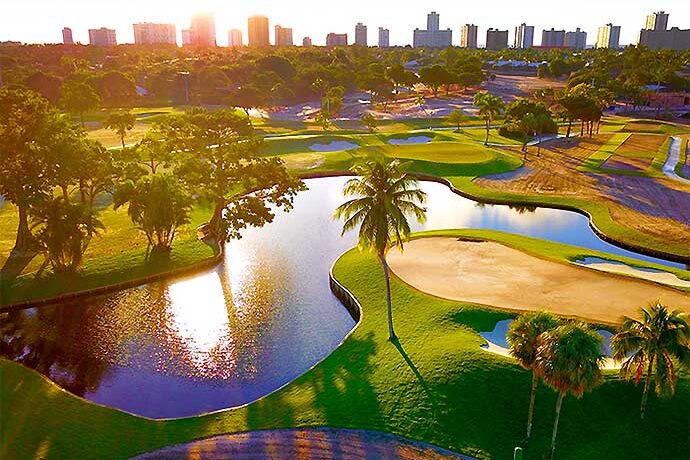 Robert Trent Jones Sr. was the premier golf course architect of his generation, having designed about 450 courses around the world. Both of his sons – Robert Trent Jones Jr. and Rees – became prominent – and prolific – architects as well.

Rees Jones, for instance, has worked on a ton of golf courses — about 230 world-wide, according to the best estimates, and he’s gained fame as “The Open Doctor’’ because he’s been brought in to get fine existing courses in shape for big championships. That number includes seven courses used for U.S. Opens, nine for PGA Championships and six for Ryder Cups.

Given all that, when Rees Jones calls his work on his latest course “a lifetime dream,’’ you’d best take notice. Especially when there’s a distinct tie-in with his famous father.

Son has tackled his father’s designs 18 times in the past. Among Rees’ redesigns came at such famous places as the Atlanta Athletic Club, Bellerive (in St. Louis), the Blue Course at Congressional in Maryland, Golden Horseshoe in Virginia, Hazeltine in Minnesota and The Dunes Golf & Beach Club in Myrtle Beach, S.C.

Rees Jones was a Pre-Teen When Dad Designed Coral Ridge

This latest redo, though, is different – and more special – than all the others. Coral Ridge Country Club, the only 18-holer within the boundaries of Fort Lauderdale, was scheduled to reopen in November and that can’t help but be an emotional time for Rees Jones. Now 79, he was a part of Coral Ridge even before he reached his teenage years..

Jones’ father designed the original 18 holes at Coral Ridge in 1954. The elder Jones had an office near the 17th hole for his architectural business and operated out of the facility’s clubhouse at the end of his career. He remained a member of the club until his death in 2000. Rees’ Jones mother Ione, who died in 1987, was also very active in the club

Rees spent most of his formative years growing up in New Jersey, but he knew Coral Ridge quite well.

“We traveled every winter and stayed at a little hotel behind the course,’’ he said. “I’ve been part of that facility all my life, so getting to embellish and restructure that course has been a lifetime dream because it was the fabric of both my family life and my design life.’’

To both father and son Coral Ridge was something special.