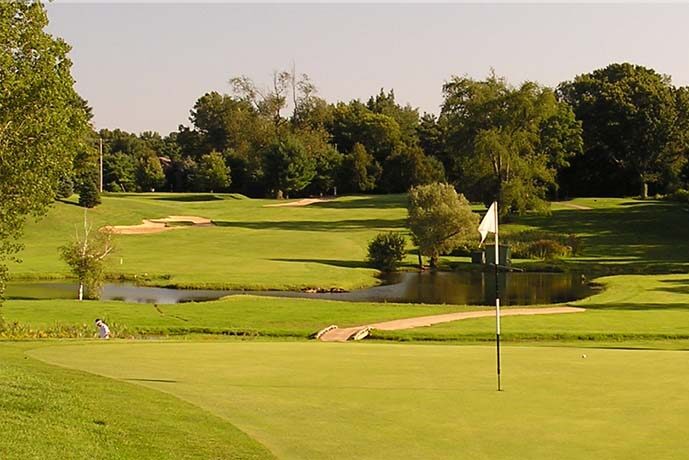 Minnesota Vikings Quarterback Kurt Cousins and his wife Julie have purchased the Clearbrook Golf Club, after which they wrote a note to the community published in the local Holland Sentinel, “Our family recently purchased the Clearbrook Golf Course from our friends and longtime owners, Jim and Candy Jeltema. They have managed the course for many years, making Clearbrook a place of connection and fun for our entire community.”

Kurt attended Holland Christian High School and Michigan State University where for his four years the Spartans defeated the Michigan Wolverines. Cousins and his wife Julie and their two sons live in Saugatuck on Lake Michigan.

“West Michigan is a special community, and we have enjoyed living here since we built our home in 2018,” Kirk and Julie wrote. “As Jim reflected on his future, he wanted to keep the golf course in the community. As we discussed the history of the golf club which opened in 1938 with Jim, we agreed it is a community treasure and should remain a golf course for the next generation.”

Only 35 miles from downtown Grand Rapids, Clearbrook Golf Club has been a qualifying site for the Michigan Open and has hosted some of the finest players and tournaments such as the Western Michigan PGA Championship.

With four sets of tees, the course stretches out to 6,556 yards with a slope/rating of 131/72.6. A fine assortment of intriguing holes tests every club in the bag. You drive down fairways lined with pine and hardwood that end up at smallish, well-bunkered target greens that putt beautifully.

All sorts of water, especially the meandering Clear Brook challenge players throughout the layout. And its hillsides and hazards make choosing the right stick a huge factor in a good score. The par 5, fifth, reachable in two (at 491 yards), is rated among “West Michigan’s Top 18” by Grand Rapids Magazine and crosses two creeks before approaching the large two-tiered green that confounds putters. It is a classic risk-reward hole that makes golfers think twice before going for it. More