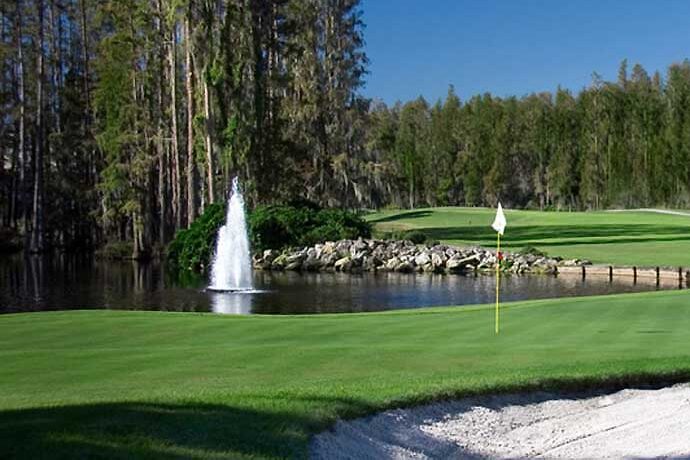 For 40 years now, the Saddlebrook Resort has been well-equipped for golfers. For most of that time it had two Arnold Palmer-designed golf courses. Enough said.

There’s more to the Saddlebrook story than that, however.

Saddlebrook Resort owner Tom Dempsey, who made his mark in the publishing industry in Cleveland, was a member at Palmer’s Bay Hill Club in Orlando when he took over Saddlebrook. The facility then had an 18-hole course designed by Dean Refram, who had a stint on the PGA Tour after developing his game at Chicago’s famed Medinah Country Club.

Palmer was hired to remodel the original Saddlebrook course after Dempsey took over and later designed another course on the property, now known as the Palmer Course. Both are on the short side by today’s standards, Saddlebook measuring 6,510 yards from the back tees and the Palmer checking out at 6,273 from the tips. They’re great for resort play, though, and many of those enjoying the Saddlebrook golf experience have been prominent in other sports.

In Saddlebrook’s early years, in fact, the highest-profile athletes on the grounds were tennis players. Jim Courier, Pete Sampras, Jennifer Capriati and Monica Seles were among the tennis stars who trained there in the 1980s and 1990s. Legendary coach Harry Hopman was in charge of the tennis side until selling to Dempsey in 1986.

Now it’s the Tampa Tennis Academy. It has 45 courts and includes surfaces from all four of the Grand Slam tournaments.

“We still do well with that,’’ said Pat Farrell, Saddlebrook’s director of golf sales, “but American tennis isn’t what it used to be.’’

No doubt about that. The glory years of Jimmy Connors, John McEnroe and Chris Evert are long gone.

As it pertains to Saddlebrook, however, the athletes enjoying the golf courses are now hockey players. That all started in 2018 when USA Hockey chose Saddlebrook to host the U.S. women’s team when it was preparing for the Winter Olympics. More