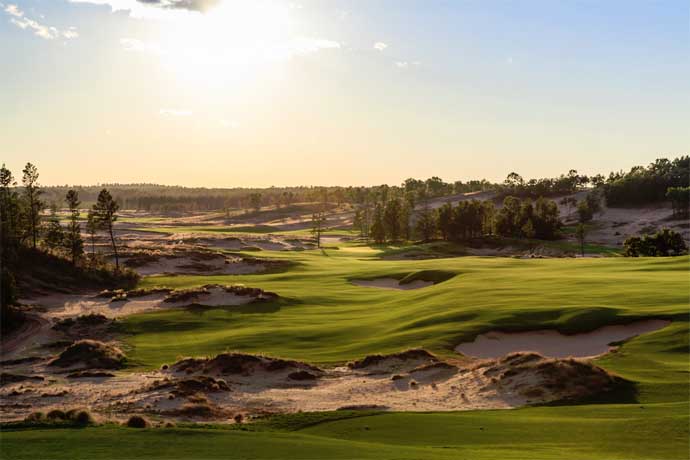 This Mike Keiser-developed facility in Central Wisconsin opened its first course on May 2, 2017. Designed by the widely respected architectural team of Bill Coore and Ben Crenshaw, that course was called simply Sand Valley. It was well received, of course.

Keiser, though, always planned to have more than one course here. So, preview play was permitted at the second course, Mammoth Dunes, late in the 2017 season and the David McLay Kidd design opened officially this year.

So did The Sand Box, a 17-hole par-3 course that was already the site of Sand Valley’s first significant competition. The Wisconsin State Par-3 Championship was held there in July. The Sand Box is also a Coore-Crenshaw design with Jimmy Craig also on the credit line. More