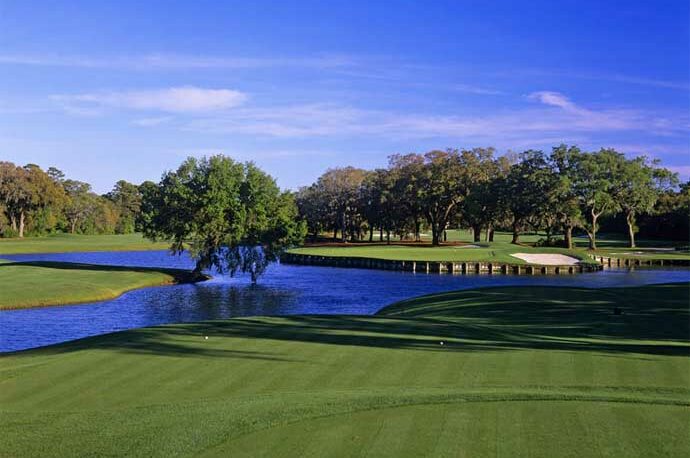 Inspired by the traditional profile of Walter Travis’ 1928 original nine-hole course, the new Plantation layout at Sea Island reopened in time for the RSM Classic after a complete redesign by Mark and Davis III of Davis Love Golf Design. It is truly a labor of Love-a vision and ongoing conversation between two brothers who have transformed the golf course they grew up playing more times than they can count.

Sea Island, the Forbes Five-Star Resort located in the “Golden Isles of Georgia” on the Atlantic Ocean coast,  halfway between Jacksonville Florida and Savannah, has hosted the RSM Classic for 10 years.

The Club hired the Love duo to reimagine the golf course, drawing on the history of the Plantation course and used unique architectural features in combination with historical hardscape and landscape elements to revitalize the property. You will now find the Principal’s Nose on No. 10 green and a few Travis chocolate drops here and there.

In 2001 Davis III and Mark collaborated together to redesign the Retreat course, carefully blending player’s preferences(including their own) from the earlier design. The brothers devoted a lot of personal attention and created an original layout, that while a dramatic design, is very playable and interesting. They added 300 yards of length to give Retreat a more open feeling with a lower profile, stretching to 6,723 yards. More