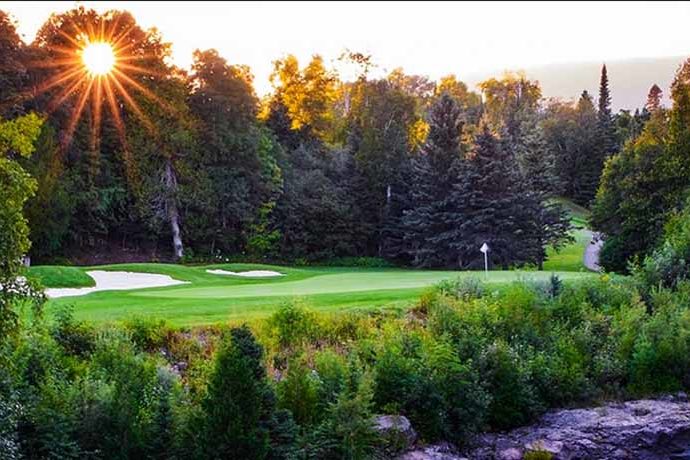 It’s no secret that we love Superior National at Lutsen.

They have been a terrific partner to Golf Minnesota since we started publishing in 1996. We always love telling our readers and followers about this true gem on America’s North Coast, a.k.a. Lake Superior’s North Shore.

In 2010, for our 10th Anniversary Edition, we named them our Resort of the Year. It was then, and is now, a sort of odd designation. In truth, Superior National is one of America’s best municipal courses.

Owned and operated by Cook County, the resort and course sit high above the world’s largest fresh water lake. The Superior National Forest surrounds the course. The spectacular Poplar River meanders throughout.

Originally designed in 1991 by Minnesota-based architect Don Herfort as an 18-hole layout, Superior National at Lutsen was expanded in 1999 by designer Joel Goldstrand.

Routing varies on different days with the three nines appropriately named The River, The Canyon and The Mountain. As every course does, around the 25-year mark of its existence, Superior National at Lutsen began to show signs of age. The scenery was still spectacular, but the conditions had deteriorated and a facelift was needed.

With some $4.5 million to work with, enter Jeffrey Brauer, Dallas-based architect whose work in Minnesota had become well known via the Giants Ridge Legend Course, Giants Ridge Quarry Course and The Wilderness at Fortune Bay. Brauer’s work had been noticed by the powers-that-be at Superior National. He was hired to spearhead their renovation. More