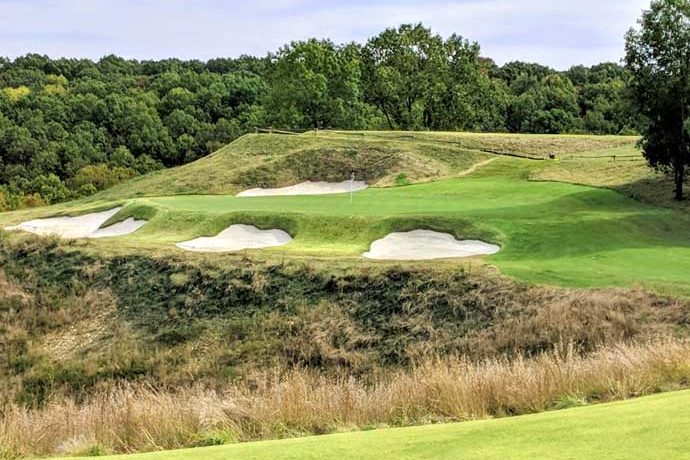 Given the history of golf in the Missouri Ozarks, it’s shocking what’s been happening in that area these days.

This area 20 miles south of Springfield, Mo., didn’t have a golf course until 1938 when Don Gardner, a club pro at two of the Chicago area’s premier private clubs – Olympia Fields and Flossmoor, and his wife Jill built a nine-hole short course they called Gardner Golf Ranch. They sold it in 1961 and the course was eventually expanded to 18 holes in what is now Holiday Hills Resort.

That was the Branson area’s only course until Pointe Royale opened as the area’s “original championship course’’ in 1986. While the Branson area was blossoming into a tourist destination, its golf offerings weren’t keeping pace.

Over two decades passed with little in the way of golf development, the notable exceptions being a course honoring Payne Stewart – a Springfield resident who won three major championships before dying in a plane crash in 1999 – and John Daly’s Murder Rock. Daly had roots in both Missouri and Arkansas, but his course didn’t last long.

Enter Johnny Morris, owner of Bass Pro Shops. This visionary billionaire bought two local courses and the golfing boom here was on. What Morris has already accomplished is impressive.

Designed by the well-respected architectural team of Bill Coore and Ben Crenshaw, Ozarks National will start offering preview play to the public on Nov. 1. November fees will be $150 for a preview round and $100 for a replay. The fees will drop to $125 and $85 in December and be in effect until the course is closed for the season on Dec. 16. More