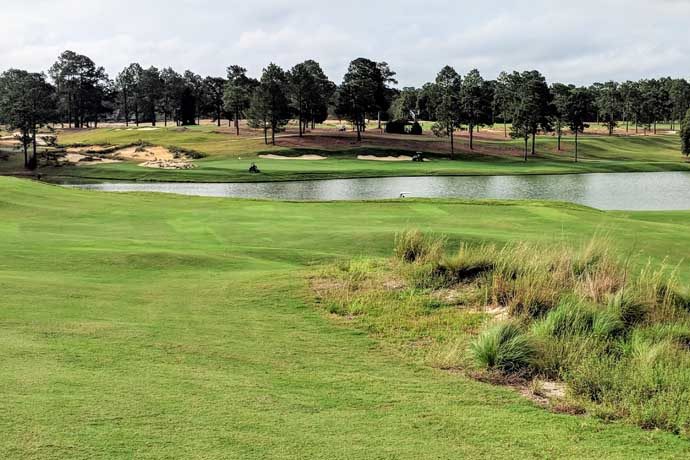 The Pinehurst Resort dates back to 1895, but its leadership has never been reluctant to change with the times. The estimable contributions of course architect Gil Hanse are just the latest examples of that.

Hanse’s portfolio had already featured the Brazil course used for golf’s return to the Olympic Games as well as restorations of such notables as The Country Club in Boston, Merion in Philadelphia and Oakland Hills in Michigan when Pinehurst announced his hiring for a more expansive project in November of 2016.

Not only was Hanse to create a short course on 10 acres of the property that had been part of two of its 18-holers, he was also entrusted with a complete redesign of one of the resort’s most popular layouts. Now that job is done.

Part of The Cradle’s charm is its marketing approach. For $50 you can play all day, and that’s a temptation. Playing this course, with its array of elevation changes and walkability, is addictive. More