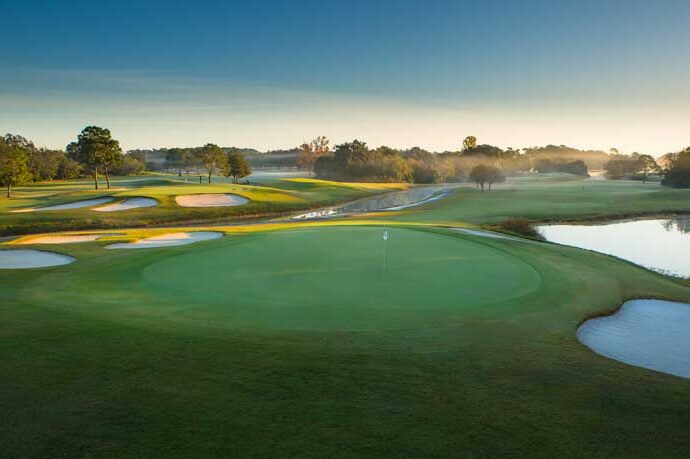 Walt Disney World’s Magnolia Golf Course is undergoing its most extensive redesign ever as part of a project aimed at creating an even more magical experience for golfers later this year.

The redesign, led by One Club Limited and its head golf course designer Ken Baker, will involve reconfiguring of the Magnolia course’s finishing holes – No. 14, 15, 16 and 17 – which played a role in several exciting finishes during the course’s 42 years on the PGA Tour calendar. Additionally, the course’s 18 greens will be upgraded to create an even more pristine putting experience. The work is underway with the new-look Magnolia course expected to reopen later this year during the 50th anniversary of Walt Disney World Resort.

“We’ve assembled an incredible team that is devoted to creating the best possible experience for our guests from around the globe who travel here for a championship-caliber golf vacation,” said Bruce Gerlander, General Manager of Arnold Palmer Golf Management, which operates the Walt Disney World golf courses. “For more than four decades, Disney’s Magnolia golf course served as a favorite stop on the PGA Tour and we have been methodically planning for this massive project for years.”

Here is how each of the finishing holes will be reimagined:

Hole 15 – Currently a par 3, will shift location and become a long par 5 with a dogleg to the right

Hole 16 – Will shift location and remain a par 4, but will now have a dogleg to the left

Also, holes 16 and 17 will be connected by a newly-constructed cart bridge through the forest, creating picturesque nature views for golfers traveling between those holes. And several fairway and greenside bunkers are being enhanced as well as several new tee boxes are being added to test every level of player. The Magnolia course was last changed in 2015 when its bunkers and cart paths were upgraded.

“These are going to be dramatic changes to the Magnolia course that will create a playing experience that will be challenging yet fun for all golfers,’’ said Faron Kelley, vice president of Disney Sports. “We know our guests expect a magical experience every time they come to play golf at Walt Disney World and this redesign is part of our ongoing commitment to achieve that for every golfer who steps up to that first tee.’’ More