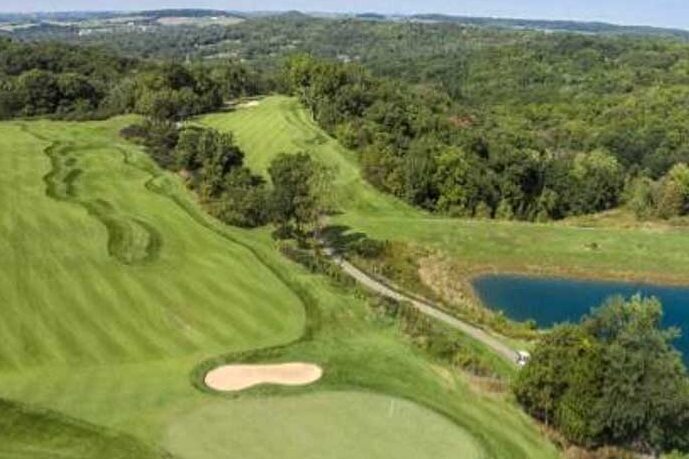 I love the Eagle Ridge Resort & Spa. There, I’ve said it.

Actually, it’s not that earth-shaking a statement. I’ve had good vibes about this place since my first visit, probably in the early 1970s. There have been a lot since then, the highlights being an invitee to the grand opening of the South Course in 1984 and The General in 1997.

Eagle Ridge is, for all intents, Illinois’s only golf resort – and, with its 63 holes, it’s a good one. More recently, however, it’s undergone some significant changes. All were triggered by an ownership change.

The resort has had a few of those over the years, but now – for the first time – it has an owner who lives on site. Mark Klausner and wife Cathy have resided in the Galena Territory for over 20 years.

Klausner lived in the Chicago suburb of Aurora for 30 years and lived in Galena part-time. He became a full-timer in Galena upon his retirement in 2016. That’s when Eagle Ridge became available for purchase and Klausner stepped up to the plate. He doesn’t like the term “owner,’’ however.

The Klausners prefer to look on themselves as “stewards’’ of the Eagle Ridge Resort & Spa.

“I always loved the Territory and feel privileged to be part of this,’’ said Klausner. “When the opportunity presented itself I said I wanted to be part of it. Who wouldn’t?’’

Once committed, Klausner put his own game plan into effect. A $2.5 million clubhouse renovation of the Eagle Ridge Resort & Spa has been the most eye-catching but $800,000 was also targeted for course upgrades.

“My first reaction was, I wanted this to be a world-class, first-class place and when it came time to do this transaction I was a little surprised at the lack of maintenance,’’ said Klausner.

To correct that problem he brought in Marty Johnson. He’s a local, too.

“We hired the best architect. He was born and raised in Galena. Everybody knows and loves him, and he knows all the contractors,’’ said Klausner. “We’re very fortunate to have him on our team.’’ More