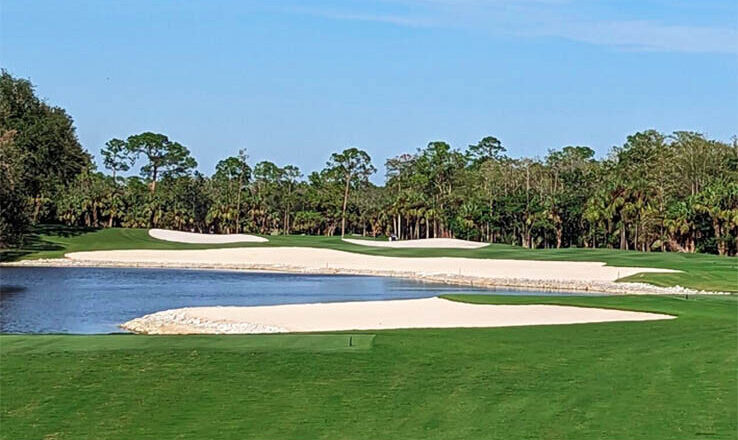 Most every golf course in south Florida was impacted when Hurricane Ian hit the area on Sept. 28. That included Bonita Bay Club, long recognized as one of southeastern United States’ premier facilities.

Bonita Bay, Florida’s largest private club, has five golf courses spread over two campuses that are 10 miles apart. The crown jewel of those layouts, the Cypress Course, re-opened after a 14-month renovation on Oct. 14 but it took a while for the word to get out on just how elaborate the project was. Hurricane Ian had a lot to do with that, though relatively minor damage was reported at Cypress.

Two of the club’s courses – Cypress and Sabal – are at the Naples location and the other three – Creekside, Marsh and Bay Island – are in Bonita Springs, which was harder hit by the hurricane. The trio there are Arthur Hills designs created between 1985 and 1994.

The Tom Fazio Design Group created Cypress and Sabal in the late 1990s, with Cypress opening in 1997. The Naples site is about 1,000 acres, and about 500 are donated to conservation projects. There are no homes around the property, a rarity for Naples area courses.

Not only does Bonita Bay have five golf courses, it has most everything else that might entice a prospective club member – as evidenced by the fact that the club has a long waiting list. When it was deemed time to upgrade its facilities, the membership was all in, but it wasn’t a quick fix at Cypress.

“It took about a year to do the renovation but we needed three years of planning,’’ said Paul Fissel, Bonita Bay’s greens committee chairman. “Both of our courses there needed refurbishing to bring them up to a more modern era. Tom and his team delivered exactly what he said he would — a golf course that plays firm and fast in conditions now that normally are soft and wet.’’ More