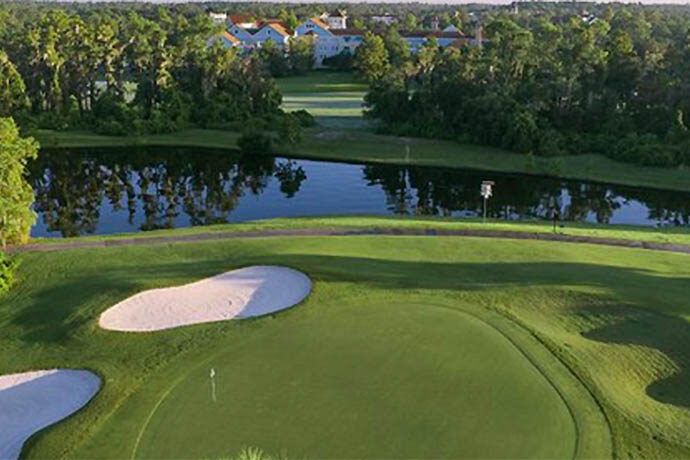 Though not a golfer, Walt Disney was the creator of Walt Disney World, the world’s leading family entertainment destination, was a true visionary, and it didn’t take him long to realize that the sky was the limit for golf in Central Florida.

While developing the overall concept for what would become the Walt Disney World Resort, and shortly after acquiring the Florida property, Disney sketched a preliminary outlook for the future of the site — including his vision for EPCOT, an Experimental Prototype Community of Tomorrow. On the drawing — just to the west of the property’s then-proposed central hub, and below spaces devoted to the eventual Magic Kingdom Park, resort hotels, convention facilities, and man-made lakes – Disney identified and labeled a large area designated for “golf”.

In 1971, Disney’s Magic Kingdom first opened its gates, and ever since then, golf has played an integral role in creating the diverse atmosphere that comprises the Walt Disney World Resort guest experience.

A half century later, four unique courses, now operated by Arnold Palmer Golf Management, provide a golfer’s paradise. The layouts are challenging enough for the PGA TOUR’s greatest players, but also friendly enough to accommodate all skill levels at what has come to be known as “The Happiest Place on TURF!”

As Walt Disney World Golf ushers in the next 50 years, there’s tremendous excitement in store with the grand re-opening of Disney’s Magnolia Golf Course in the spring of 2023 while next December will mark the 50th anniversary of the Jack Nicklaus legacy here – his third consecutive victory in what was then known as the Walt Disney World Golf Classic.

The resort, meanwhile, will conclude its ongoing 50th anniversary festivities in March of 2023 when “The World’s Most Magical Celebration” draws to a close while, at the same time, the Walt Disney Company will begin to commemorate its centennial, so there is an abundance of reasons to celebrate Disney’s past, present, and future over the next 12 months and beyond. More