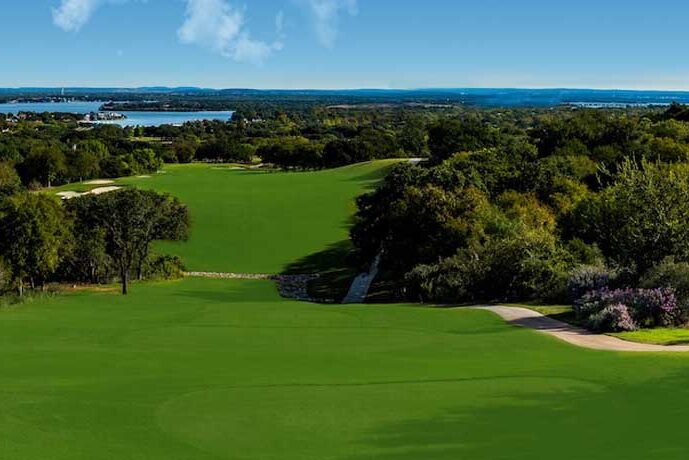 When you spend a golfing weekend at Horseshoe Bay Resort, you’ll be tempted to add on a few extra days.

The Texas Hill Country, west of Austin and north of San Antonio, offers plenty of golfing options. But, the epicenter of the game is at the Horseshoe Bay Resort shores near Lake LBJ, named for President Lyndon B. Johnson.

With three Robert Trent Jones-designed 18-hole resort courses — Slick Rock, Ram Rock, and Apple Rock — Horseshoe Bay Resort is the perfect place for a long weekend. The courses offer opportunities for those who want to test their games against some of the most challenging layouts in the state.

Golfers may enjoy rounds at any of the three courses, all ranked as the “50 Best Courses Open to the Public” in the state by The Dallas Morning News.

Open since 1971, Slick Rock, ranked 29th in the state, operates out of the clubhouse closest to the resort accommodations. Start your play there, as it provides the most player-friendly conditions.

Ram Rock opened in 1981, and Apple Rock, which opened in 1985, both operate out of the Caprock clubhouse, a few miles to the west. Ram Rock, is ranked ninth and regarded as the toughest challenge, while Apple Rock, one of the most scenic in the state, is ranked 20th. In the list of the top 100 golf courses (that also includes all the private courses), Ram Rock ranked 46th.

Golf continues to thrive more than ever after the resort’s $200 million enhancement, which included the addition of a new pro shop (18 months ago) and a new clubhouse at Caprock in May 2021.

The most unique golfing opportunity at the resort is the 18-hole Whitewater Putting Course. This 18-hole, par-72 layout on Bermuda grass is designed like a regular course with fairways, bunkers and water hazards, but you use a putter for all shots. More