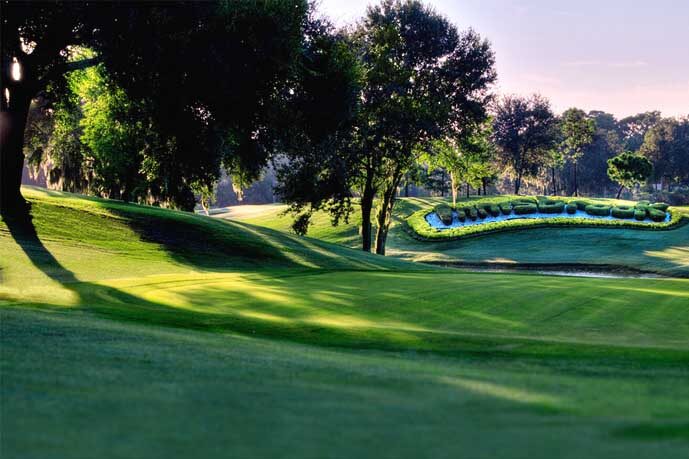 Golf, maybe more than any other sport, likes to celebrate anniversaries. The pandemic took a toll on those, including an important one for the Innisbrook Resort.

The PGA Tour’s John Deere Classic was poised for its 50th anniversary in 2020. Now it’ll be staged this July, pandemic restrictions permitting. The International Network of Golf was to mark its 30th anniversary at last year’s Spring Conference. That event remains in limbo.

None were more affected than the Innisbrook Resort, however. The Valspar Championship, the PGA Tour’s annual event at Innisbrook, was the first to be called off when the pandemic hit in force. Not only that, but Innisbrook was to celebrate its own 50th anniversary in 2020. Through it all, the resort had to close its doors for 59 days before re-opening in July.

All’s well now, though. The Valspar returns in April, with new – and I think better — dates from previous years and Managing Director Mike Williams says the resort’s anniversary events have been rescheduled for November and December as a 50-plus-one celebration.

Innisbrook Resort Has a Better Date This Year

Now, speaking almost a year to the day when the dark days befell Innisbrook, Williams can look back on it as a bad memory that won’t be much longer-lasting.

“Last March 11 we learned that the Valspar would be played without fans,’’ recalled Williams. “The next day we learned the tournament had been canceled. The entire build-up at the course had been completed. The entire staff was here. Even some of the players were on site. It was just devastating to have the rug pulled out from under us.’’

PGA Tour commissioner Jay Monahan announced the bad news during and after the first round of The Players Championship on March 12 and the Tour didn’t resume tournament play until June 11.

The Innisbrook Resort tried to make the best of it, scheduling some Playing Where the Pros Play promotions while the tournament stands were still in place. That didn’t last long. More