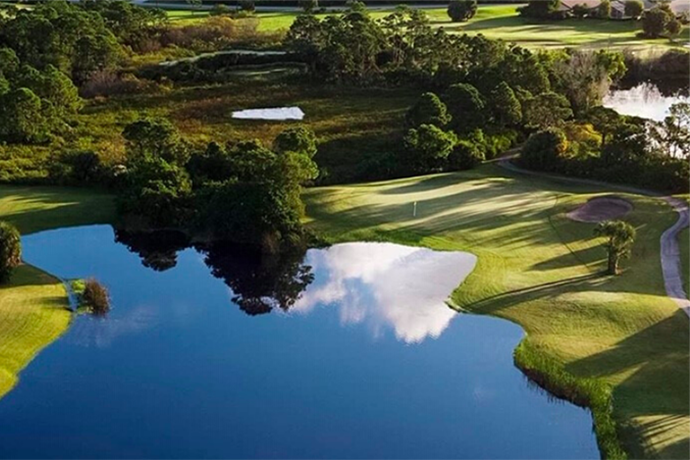 Two entrepreneurs from Sweden, Johan Tumba and Joakim Sabel, purchased the struggling layout, then known as Eagle Marsh, on Sept. 20, 2019. In just eight months the course has been renamed – it’s now called Jensen Beach Golf Club – and it’s getting a facelift that looks better each day.

“We have big dreams. We want to be in the top 20 in Florida. We set high goals,’’ said Tumba. “This course was ranked No. 1 in all of America for new courses when it opened (in 1997), and the layout and routing is there.’’

Jensen Beach didn’t have much of a following when Tumba and Sabel purchased it in what they call a “private agreement.’’ The name change to Jensen Beach, insisted upon by Sabel, was an indication of that.

“There was too bad a rap on the other (name),’’ Tumba told us. “It had gone down the drain. We wanted to make a fresh start with that name, and we’re inside of Jensen Beach Country Club. It was a good move.’’

Sabel is a former European PGA pro but the Tumba name would be more familiar to fans of more sports than just golf. Johan’s father is Sven Tumba, and he was athletic royalty in his heyday.

In hockey he was Sweden’s star player in eight World Championships and four Winter Olympics en route to being named to the International Hockey Hall of Fame in 1997. He also played on Sweden’s national soccer team, was the Swedish national champion in water skiing and also represented Sweden in international golf competitions. In golf he was also the founder of the Scandinavian Open and designed several courses, including the first one in the Soviet Union.

“According to Jack Nicklaus my Dad was one of the greatest athletes he ever met,’’ Johan said. “He was also a real nice dad.’’ More