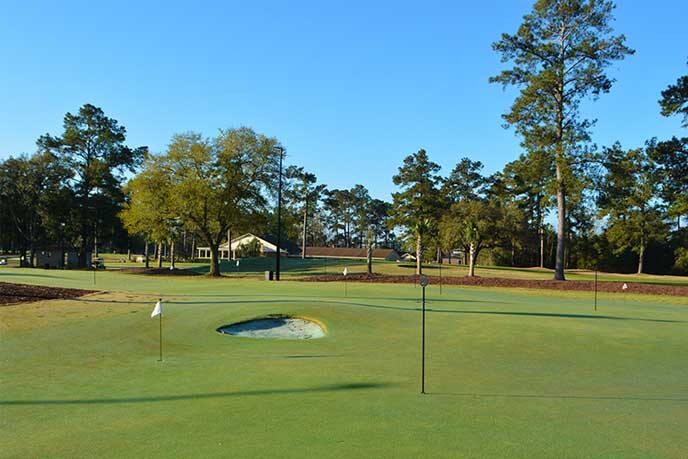 Less than 1,000 people live in Santee – a little town between Charleston and Columbia – but the South Carolina community has three quality golf courses within a few miles of each other, plenty of lodging and an ample supply of restaurants highlighted by the iconic Clark’s Restaurant and Inn, a fixture since 1946.

Santee mayor Donnie Hilliard likes to say “We have less than 1,000 here during the day, but potentially 20,000 on the weekends.’’ They come in big numbers for the golf, and more were starting to trickle in after Palmetto Traverse – a unique putting attraction — was opened last fall.

Then the pandemic hit.

“For us it wasn’t just the lack of revenue but the timing of it all,’’ said Todd Miller, general manager of Santee Cooper Resort. “After Traverse opened we got some momentum going. Then all this (pandemic concerns and inevitable restrictions) happened and we don’t know if it’s done yet. That’s the hard part. All we can compare it to in our area is the hurricanes, and they come and go.’’

The three-course triumvirate consists of Santee Cooper Country Club, a George Cobb design that opened in 1967; Lake Marion, designed by Eddie Riccono for a 1978 opening; and Santee National, a Porter Gibson creation that made its debut in 1989.

And then came Palmetto Traverse, a natural grass putting course.

Putting courses aren’t exactly new. Many golf facilities – even storied St. Andrews in Scotland – have them as an extra amenity for their golfers. Palmetto Traverse isn’t one of the bigger such courses, but it is one of the best.

Rather than call it a “putting course,’’ Palmetto Traverse has been labeled a “putting experience’’ — and it is that. Built over 35,000 square feet near the Lake Marion course. Palmetto Traverse was designed by Kris Spence, an architect based in Greensboro, N.C., with help from Miller and Santee marketing director Robbie Wooten. More