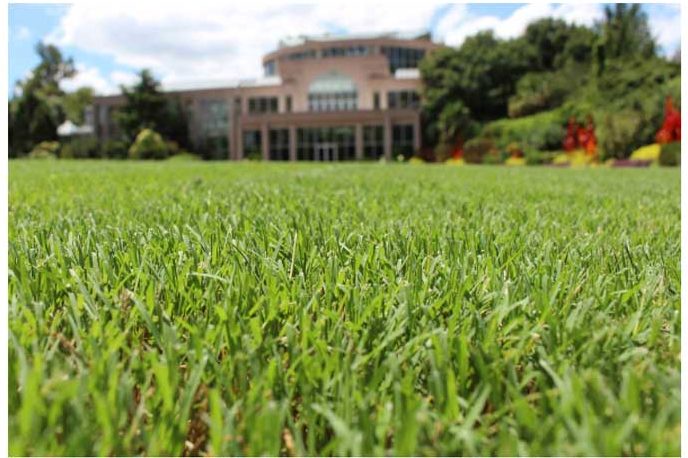 Take a look at the shadows at Gleneagles in Scotland. The majority of the well-struck putts at the Ryder Cup that miss are missing because they’re breaking toward the sun.

At 56 degrees north — more than halfway to the North Pole from the Equator — the grass is sun-starved this time of year. Notice how the shadows don’t shorten through the day. The sun stays low all day, skirting the southern horizon like a wallflower at the prom.

The grass at Jack Nicklaus’s Centennial Course is not Bermuda but it’s acting like it. The slow speed of the greens — 10.5 on the Stimpmeter — means longer blades of grass are trying to find as much sun as possible before the season for growing is over. Putts that players think are breaking to the north, away from the sun, are being held back, or  “pushed,” to the south by the nap of the grass. More