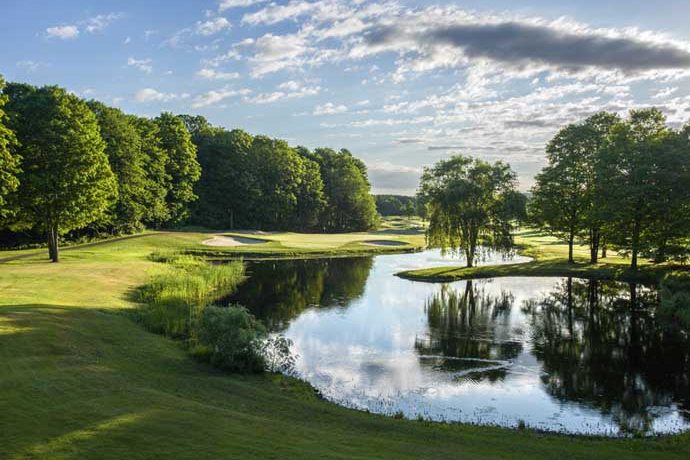 The imminent reopening of the Donald Ross-designed Southern Pines Golf Club in North Carolina following an 18-month renovation is renewing interest in one of the greatest – and most prolific – American golf course designers of the early 20th Century.

The 112-year-old course, owned and operated for decades by the local Elks lodge, was purchased by the owners of the nearby Pine Needles and Mid-Pines resorts, which feature two Donald Ross designs. Pine Needles will host the 2022 U.S. Women’s Open.

When we played it during a Golf Writers Association of America outing several years ago, the Southern Pines Golf Club course was a little rough and in need of some TLC, but the bones were clearly there.

The course was renovated by Kyle Franz, who restored both Pine Needles and Mid-Pines to Ross’s original vision. Franz also was involved in the 2014 restoration of Pinehurst No. 2 by Bill Coore and Ben Crenshaw.

Thanks to Franz’s removal of 700 trees that obscured sight lines, the rise and fall of the terrain is more visible, according to a recent report in Golfweek. As much as 25 percent of the original greens’ square footage – lost due to maintenance practices over the years – was reclaimed.

An example of what a pioneer Ross was in the early 1900s: A 19th hole, the so-called “lost hole,” an extra par 3, was restored by Franz with the help of aerial photos from the 1950s. The hole will once again offer a shortcut from the fourth green to the 15th tee, allowing for a quick out-and-back nine-hole round.

Between 1899 and 1948, the year Ross died at the age of 75, he designed more than 400 golf courses in the U.S., Canada and even Cuba. Some estimates put his portfolio of work at around 600 courses, but the Donald Ross Society, a group organized in the 1980s to honor and catalog his work, officially recognizes 455 designs.