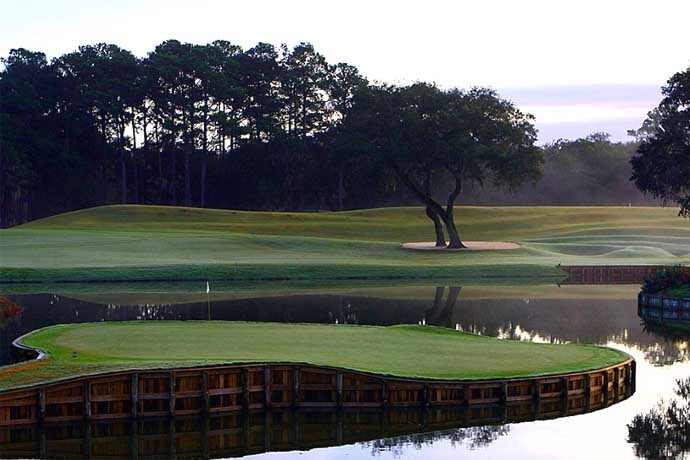 Commissioner Jay Monahan gave his annual state of the PGA Tour announcement earlier this week, noting with pride that the circuit has events in Asia, Canada, Bermuda and the Dominican Republic and three allied international tours in Canada, China and Latin America.

He added that over 200,000 fans were expected and 900 media were credentialed for The Players Championship, which teed off on Thursday at TPC Sawgrass.

The questioning after Monahan made his pre-tournament remarks, though, focused on something else – the coronavirus pandemic.

“A very dynamic situation,’’ Monahan conceded. Just how dynamic became very clear on Thursday morning, four hours after the first players had teed off in the most lucrative tournament of the season. The Players has a $15 million purse.

Then, about 12 hours after that, the PGA Tour issued a statement saying that The Players, as well as the tournaments of the next three weeks, wouldn’t be played. In 51 years reporting on golf I’ve covered some wild scenarios – but never anything like this.

Monahan first announced that the final three rounds of the tournament would be played without fans as would the next three tournaments – next week’s Valspar Championship in the Tampa area; the World Golf Championship’s Dell Technologies Match Play Championship March 25-29 in Austin, Texas; and the Valero Texas Open April 2-5. The Corales Punta Cana Resort & Club Championship, to be played opposite the Match Play event, was also postponed.

Japan’s Hideki Matsuyama acknowledged the crowd after his record round, then — a few hours later — the cheering stopped.

The cancellation statement of Thursday night came without comment from Monahan, who was to speak with the media about the latest abrupt change of plans on Friday morning.

Big prize money was on the line in those as well — $6.9 million in the Valspar, $3 million in the Dominican Republic stop and $7.7 million in the Valero Texas Open. Those events lead into the Masters, the first major championship of 2020. It’s scheduled for April 9-12 in Augusta, Ga., and could go on without fans as well. Masters officials have been in talks with Monahan. More