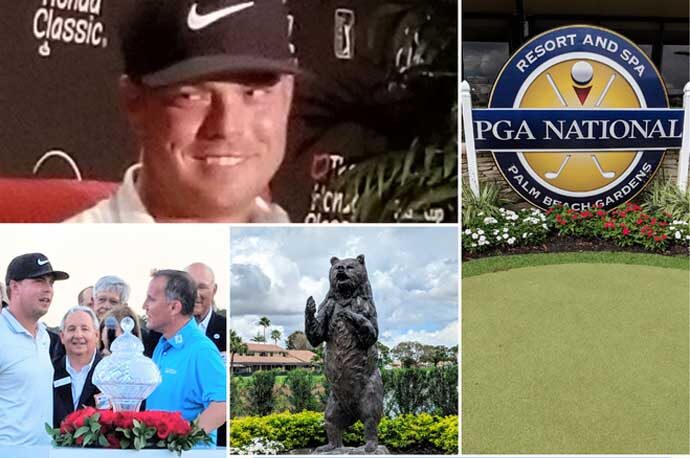 Want to See the PGA Tour? Head to Florida

Tiger Woods Will Not Be Competing in the Honda Classic

If you want to see the PGA Tour live there’s only one place to go – at least for a while. That’s Florida.

After spending the first two months of the year bouncing around between Hawaii, California, Arizona and Mexico the PGA Tour will be in Florida for four consecutive weeks. The season heats up now on tougher courses than the circuit had been playing on.

Only four PGA Tour events had 36-hole cuts over par in 2019, three were in Florida and the toughest of them all was the opening event of the Florida Swing. The Honda Classic, which tees off on Thursday at PGA National in Palm Beach Gardens, had the highest cut number in relation to par – 2-over.

The Honda field again be without Tiger Woods (who lives in the area) and Rory McIlroy. The field, however, will include winners of three of last year’s majors – Brooks Koepka (PGA), Gary Woodland (U.S. Open) and Shane Lowry (British Open) – as well as Rickie Fowler. Koepka and Fowler tied for second last year behind surprise winner Keith Mitchell.

Competition resumes up the following week at the Arnold Palmer Invitational at Bay Hill, in Orlando. Competition rounds there are March 5-8 with Francesco Molinari the defending champion.

Best field of the month will be at The Players Championship March12-15 at TPC Sawgrass in Ponte Vedra, when McIlroy tries for a repeat title, and the Valspar Championship ends the Florida swing from March 19-22 at Innisbrook Golf Resort in Palm Harbor. Paul Casey will go for a three-peat in that one. The 2019 cut fell at 1-over at both Bay Hill and Innisbrook.

When the last putt drops at the Valspar the golf focus turns to the Masters. The year’s first major will be played three weeks later. More