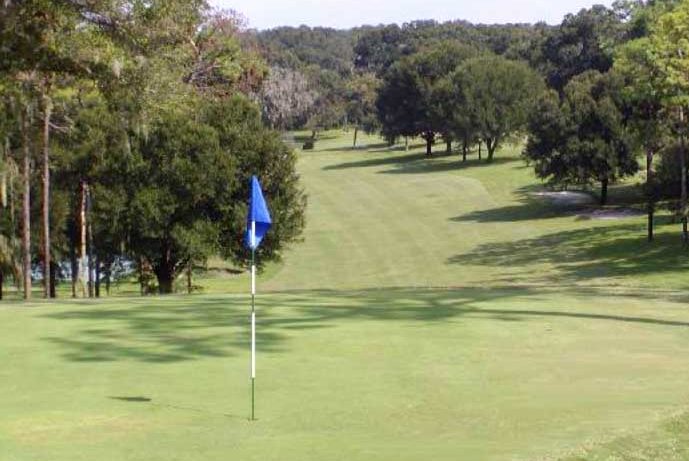 It’s safe to say that few golfers would come to this central Florida  to play the Mount Dora Golf Club course. Mount Dora has just too many interesting shops, enticing restaurants and other attractions to lure tourists.

The Mount Dora Golf Club, though, is part of the Florida Historic Golf Trail and there’s a story to tell about all 54 courses on its path. Mount Dora has one of the most interesting, not to mention a unique, fun course to play.

After all, what’s not to like about course whose owners describe as “the longest 5,700 yards in Florida.’’

And what’s not to like about golf carts that can provide music throughout a round? The sounds of the sixties mixed in with the golf … what could be more fun than that?

The price is right, too – even in the heart of snowbird season – and there’s a patriotic component as well.

Those who have served or are serving in the U.S. military get a price break beyond the modest $34 greens fee (cart included). Mini American flags are used for all the holes on the putting green and a well-maintained marker near the first tee declares the course “a living memorial to Mount Dora’s military troops that served in World War II and all veterans and members of the Armed Forces since.’’ More