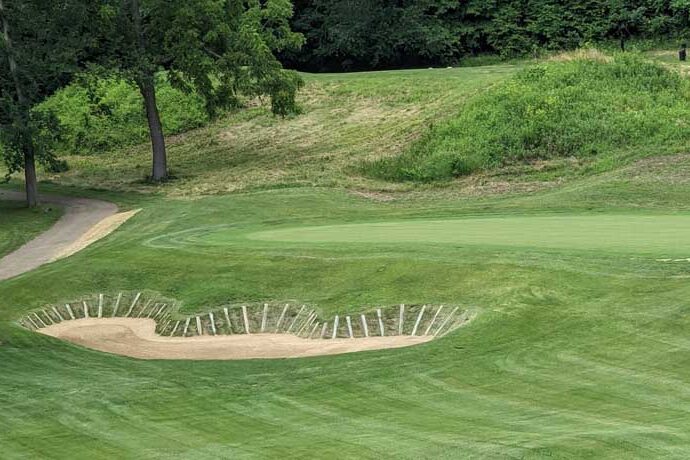 The General Gets a Celebratory Restoration

The General at Eagle Ridge Resort & Spa isn’t your ordinary golf course – not by a long shot. So, it’s fitting that this Andy North-Roger Packard design isn’t getting the standard treatment for a course hitting its 25th anniversary.

It’s getting a “Celebration Restoration’’ instead.  We’ll explain, but first know this:

Not only is The General one of the very best courses in Illinois, it’s also the most different.  No 18-holer in Illinois has the 280 feet of elevation changes that The General has.  It’s a course that isn’t suitable for walking, but its views are unmatched.

So is its history.

John Schlaman was the director of golf at Eagle Ridge when The General was under construction. Schlaman, who would later direct the operation at Prairie Landing in West Chicago, is back now as head professional of the resort’s South Course. He can attest that the building of The General was no easy task 25 years ago.

“Building that course was obviously difficult,’’ Schlaman recalled.  “What I remember most was the fire in the hole. For a lot of that course we had to dynamite stuff to create different routings. We also struggled with seeding on the 17th hole.  It’d wash out and had to be re-seeded.’’

That happened several times, to the dismay of the two architects. North was a two-time U.S. Open champion, and Packard, who also worked on two of the resort’s other three courses was the son of Larry Packard – one of the great architects of his generation.  Both Roger and Larry have passed on.

Playing The General was always a memorable experience, but the course was never ideal. Keeping the course in proper condition wasn’t easy, in large part because of its elevation changes. Previous owners were reluctant to deal with that.

The nines were flipped after Mark Klausner took over ownership of the resort in 2019 and brought in Mike Weiler as director of golf. That was a big change, and a most positive one. More